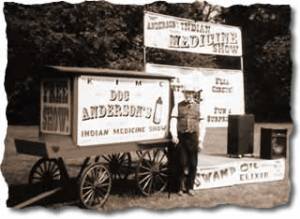 Fed up with the state of the U.S.?  Think the government needs to be revamped?  Think the country is a mess?  Probably, if you’re awake and breathing.  If you’re anything like me and most people I talk to, you realize this is true.  But let me ask you:  you looked in the mirror lately?

In the reading plan that I’m on right now, I’m in the book of Jeremiah.  I just finished Isaiah.  And let me tell you, if you haven’t read them recently, or ever, take some time and do it  (Too busy?  Really?  Turn off the computer/iPhone/iPad/TV and do something far more valuable).  If you do, you’ll quickly realize:  the nations of Israel and Judah circa the 7th century B.C. bear a very striking resemblance to the good ol’ U.S. of A.

They were people who had been blessed immeasurably blessed by God.  They had the good life.  Their needs were met.  They had the favor of God upon them.  Much like my country.

But something happened.  The generation that saw God bring them into freedom passed away, and with each subsequent generation, they grew further and further from the God that saved them out of slavery in Egypt.  They began to worship false idols of the nations around them.  Things that God told them flat out not to do, they did.  Not only did they do them, but they delighted in doing them.  Much like my country.

“For My people have committed two evils:  they have forsaken Me, the fountain of living waters, and hewn for themselves cisterns–broken cisterns that can hold no water.” Jer. 2:13, NKJV

Meaning, they were trying to slake their thirst with wells that were leaking and empty.

“Because My people have forgotten Me, they have burned incense to worthless idols.  And they have cuased themselves to stumble in their ways, from the ancient paths…” Jer. 18:15, NKJV

They thought they knew better than everyone before them, and they threw off the tried and true paths of their fathers for paths that lead to death and destruction.

Do you see it?  Can you see the state our country, our world, is in?  Oh, we like to think we are beyond religion, but we’re only fooling ourselves.  We serve the false idols of money, power, fame, pleasure, and the like.  We bow down at gods that we’ve fashioned for ourselves.  We create things to worship, and we worship them with great intensity.  Ever been to a ball game?  A concert?  Wall Street?

We have our gods, and think of what we sacrifice at their feet.  Our families.  Our time.  Our very lives.  To what?  Worthless things, our Father says.  Worthless.

So what’s the solution?  Is there hope?

“If that nation against whom I have spoken turns from its evil, I will relent of the disaster that I thought to bring upon it.” Jer. 18:8

If we repent, He will relent.  The cure for this country is for the people of God to return to their knees.

“If My people, who are called by My name, will humble themselves, and pray and seek My face, and turn from their wicked ways, then I will hear from heaven, and will forgive their sin and heal their land.”  2 Chronicles 7:14

That’s the only elixir for this nation and this world.  So what will you do?  Will you continue in your way, like Judah did in Jeremiah’s time, and go into captivity?  Or will you humble yourself, cast off your idols, and return to the ancient paths?  Because it’s obvious that the ones we’ve chosen for ourselves aren’t anything but a bottle of elixir from a snake oil salesman.

3 thoughts on “The Cure for What Ails You”