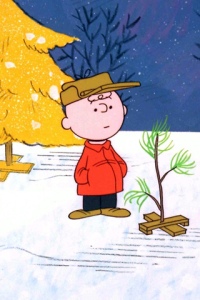 Ahhhhh…tis the Season!  The lights!  The sounds!  The smells!  The tempers!  The arguments!  The stupidity!  Yes!  You guessed it!  It’s Christmas time!

Went to eat at our usual Sunday after-church haunt (Qdoba, for the uninitiated, is the BOMB!), and as I drove the girls out of the shopping center that burrito bliss is  located in, I saw a rather paunchy 40-something get out of his pretty new Ford Flex and turn to give Holiday cheer to the driver behind him (not me, I was two cars back, and NOT involved, for the record!).  Only he wasn’t brining him glad tidings of great joy, or even telling him how great a deal he just got on his new TV at Best Buy.  Let’s just say he was practicing his French, OK?

Thankfully, the girls couldn’t see it.  And just as thankfully, the very big, very much able to handle himself gentlemen at which the niceties were hurled evidently didn’t understand French.  Either that, or he was just intelligent.  Regardless, he stayed in his truck and waited for the not-so-nice man to return to his cute car and go on.  After which, he saw my open mouth in his rearview, and just shook his head and smiled.

Crowds.  Credit.  Callousness.  Carelessness.  Self-centeredness.  Yep, it all get’s blown up even more this time of year.  It seems that every year the hope for quiet and calm gets obliterated by the machine that is the American economy and all the trappings that go with it.

As a side note, anybody seen the big box company that shall remain nameless and their “Give Glory” campaign?  So now the glory belonging  to God alone in the highest is to be associated with TVs and iPods?!!!  Don’t get me started.  End side note.

Then it hit me.  The more things change, the more they stay the same.  2,000 years ago, in the tiny village of Bethlehem, the Savior was to be born.  Yet, the town was too busy, and too consumed with other things to care.  In fact, no one but a few social rejects  and some foreigners cared at all, until the reigning political ruler got scared his power would be usurped and got involved.  Just like today.  No one cares what you think about Christmas, until you mention Christ and why He really came.

So here we are, 6 days until the Big Day.  What is on our minds more:  what we’re getting, or Who has already given it all?  Are you consumed with a last minute rush to get gifts, or are you constantly reminded in the midst of it all of the One Gift that really matters.  Are the lights, the sounds, the trappings of Christmas just things that go with a time of year, or are they reminders of what this time really means?  Even the near-fight I saw today is a reminder in it’s own way:  Jesus came to save sinners just like Flex Frenchy.  And just like me.  And you.

So Merry Christmas everybody.  Remember what it’s all about.

One thought on “That Good Ol’ Christmas Spirit”