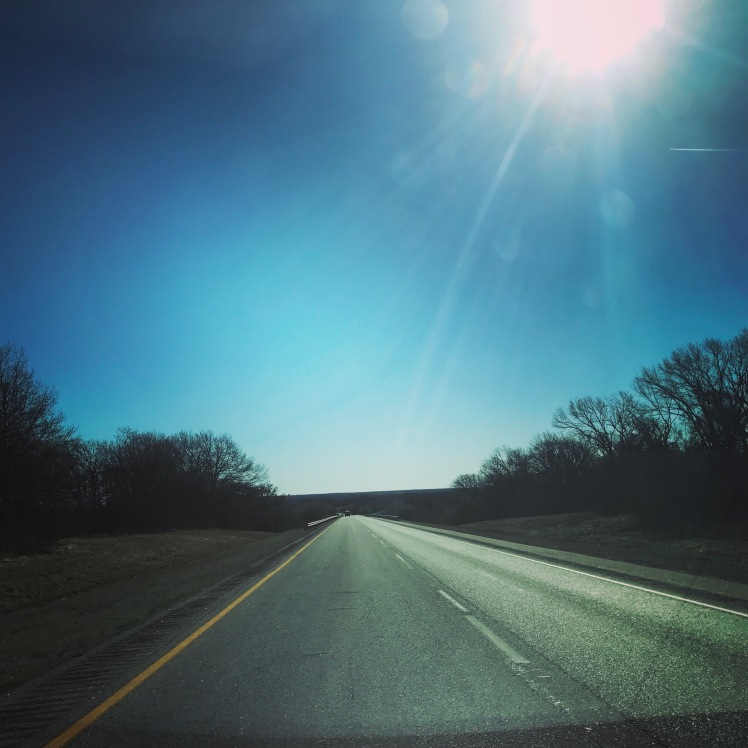 How do you explain the feeling?  How can you find the right words to convey what is going on within you?  How is there a way to really get someone to know what it feels like?  How do you really explain when Jesus calls you to follow Him?

I have wrestled with this question for a week now.  I have thought over the last year as I read through my journals and over this blog.  I have worked through it as I’ve talked with my wife and kids, and as I’ve tried to share with family and friends.  Even in person, even when time is not an issue, even when your words aren’t limited by how much someone will read (or not), it’s so hard to tell exactly what it feels like.  It’s so hard to convey the truth of it all.

Thinking through all of these things, I was reading in John chapter 1 tonight, and verse 43 jumped out at me:

“The following day Jesus wanted to go to Galilee, and He found Philip and said to him, ‘Follow Me.’ ”

Think about that.  Jesus found Philip (not the other way around), and then spoke two words to him.  Now think about how those two words changed Philip’s life forever.  Think about what this call meant to Philip.  He could ignore it, right?  I mean, he could have just stayed in Bethsaida and continued his life as it was.  That’s comfortable, right?  That’s what we all want to do, really…be comfortable…keep things where we can manage them, keep the status quo.

Or, as crazy as it sounded, Philip could follow this Man into an adventure unlike any the world had seen before, an adventure that would literally change the world. He could follow in the footsteps of the Master, trusting Him, learning from Him…being completely transformed by Him.

Is there really even a choice between those two things?  Really?  When Jesus calls us and says, “Follow Me”, do we really even want to consider the option to stay where we are?

Well…yeah. We’re human.  We have family here, family we love and are extremely close to, and leaving family is never easy.  We have some incredible friends, friends who have been with us in trial and blessing, thick and thin.  We have been a part of the work that Jesus is doing in saving the lost, equipping the saints, and expanding His kingdom.  Our kids were born here, made friends here, learned to ride bikes here, started growing up too fast here.

And then one day, a day like any other, Jesus says, “Follow Me”, and He begins to stir something new in me, and in my wife.  From that day on, that stirring grows and grows inside you, like the light grows in the east when a new day begins to dawn, from the first sliver of grey until the bursting of the burning ball appears at the edge of the horizon and the entire sky is blazing with it’s light.  You can’t ignore it; you have to respond.

And you have to go.

I could share all the ways that Jesus has done this in us, and Amanda could do the same.  We could list all the times God has blown our minds through His Word, or when He has spoken in a still, small voice by His Spirit working in us.  We could write out a day-by-day time line of how the call to follow Jesus grew and grew and grew until we either obeyed, or stayed.  But staying really isn’t an option, not really, once Jesus has your heart.

So no matter how much it hurts to go, we must.  Though the goodbyes are more painful than we’d imagined, we must go.  We no longer have to wonder where He has called us, because He’s made that clear to us.  We’re moving to Oklahoma City, to a place I once called home, and while we loved to visit, I never thought I’d return there to live.  This city that was home to my parents and all of their 5 kids for just over a decade is where, nearly 3 decades later, Jesus is calling my family to.

There is no job that is calling me.  There is no house with a down payment waiting.  There isn’t an assurance of anything but this:  that Amanda and I have within us the assurance of a peace that passes all understanding (because we don’t understand!) that this, this city and this time, is where Jesus is calling us to follow; that this is what He has been stirring in us for over a year now, that this is what He has for us…right now.

Philip didn’t know what was in store for him that day Jesus called him to follow, and neither do we.  But the cool thing about following Jesus is this:  He goes in front of us.  We just have to follow in His footsteps.